Bayern Munich have extended their lead at the German Bundesliga after nearest challengers Borussia Dortmund failed to beat FC Koln over the weekend. Bayern Munich came into the weekend with a four-point lead over Dortmund with eight games left to play and they extended that advantage to seven points on Saturday by thumping capital club Union Berlin 4-0 at home. Borussia Dortmund had the chance to reduce the deficit to four points once again with a win at Koln on Sunday, but they could only play out a 1-1 draw leaving them with six points to make-up over the final seven games of the season in the German Bundesliga if they want to stop Bayern’s dominance in the competition. 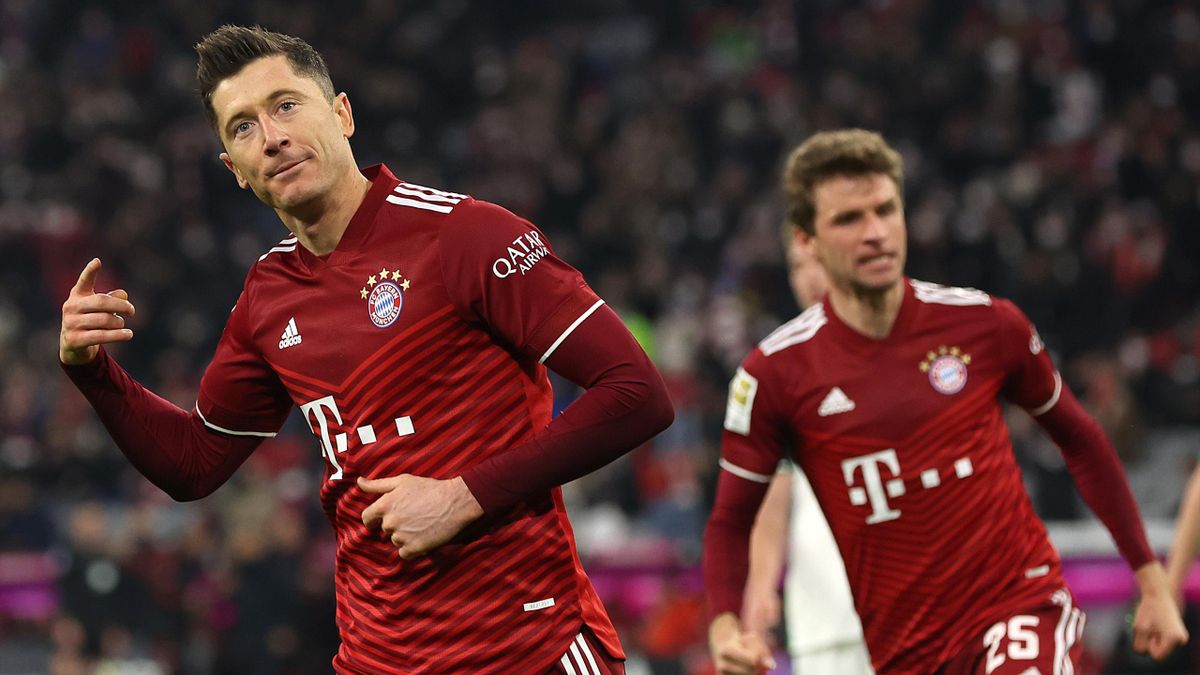 Julian Nagelsmann is in his first season at Bayern Munich following his move from fellow German Bundesliga side RB Leipzig last summer. He was the replacement for compatriot Hansi Flick after the German answered the call to take the senior national team job. Nagelsmann is on course to win the league in his first season especially after the thrashing of Union Berlin. Bayern were buoyed by the brace from star striker Robert Lewandowski either side of the interval.

Bayern Munich took the lead in their home game against Union Berlin through French winger Kingsley Coman on 16 minutes. The Bavarian giants then made it two goals within nine minutes when young French central defender Tanguy Nianzou scored on 25 minutes. Polish striker Lewandowski then scored the first of his two goals from the penalty spot in first half injury time. He would go on to add his second goal and the fourth Bayern goal two minutes after the break to take his overall tally this season to 50 goals.

On the Dortmund game, Marius Wolff gave the visitors the lead before Sebastien Anderssonequalised for home team FC Koln with the two goals coming in the second half. With the 1-1 drawat Koln, Dortmund are further away from the German Bundesliga title.