Premier League side Arsenal got one back after suffering recent heavy defeats against the German Bundesliga champs. Both sides met in Shanghai at the International Champions Cup. 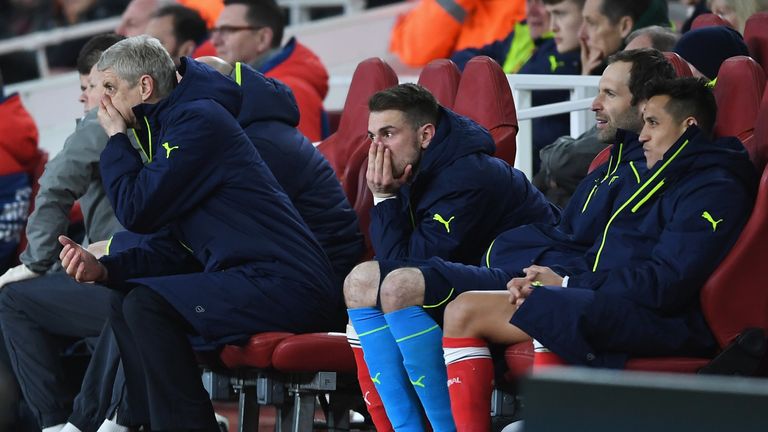 The Gunners won the game even as some players missed it due to food poisoning. Per Mertesacker and Olivier Giroudwere ruled out but the FA Cup champs won the game nonetheless after a penalty shootout.

Recent addition SeadKolasinac, Aaron Ramsey and Theo Walcott played through the game despite their illness. Coach Arsene Wenger attributed the illnesses to “a little virus in the camp.”

The Bavarians went ahead through star striker Robert Lewandowski less than ten minutes into the game. Arsenal had to fight hard to get a last gasp equalizer in the 93rd minute through Nigeria international Alex Iwobi.

Arsenal stars riled at the scorching temperature especially since they moved from Australia where it was cold. The Arsenal side, whichlost 5-1 in their last two games against the German football giants, played a 1-1 draw in regular time and then sub keeper Emiliano Martinez became the shootout hero as they cruised to a 3-2 win.

Martinez saved efforts from David Alaba and Juan Bernat to give his side the advantage in the shootout. Ramsey, Nacho Montreal and Iwobi scored theirs for Arsenal to lift the trophy.

The club assistant coach Steve Bould missed the game as he underwent surgery in Australia, according to reports. Bould had hernia in the neck that flared during the team’s stay in Australia. Wenger says his assistant is doing fine and has gone home.

In another preseason game, Leicester City defeated West Bromwich Albion 7-6 on penalties after a 1-1 scoreline in regular time. New signing from Southampton Jay Rodriguez scored in the ninth minute on his debut but Algeria international RiyadMahrez equalized for The Foxes.

Liverpool defeated Crystal Palace 2-0 courtesy of Dominic Solanke and DivockOrigi. The Reds victory means they would face Leicester City in the final of the Premier League Asia Trophy on Saturday.