The draw for the quarter-finals of this season of the Champions League was completed a few days ago and Bayern Munich was pitted against Real Madrid in a match which will be the most anticipated one out of these entire quarter-final stages as 2 titans will be locking horns on April 12 of 2017. 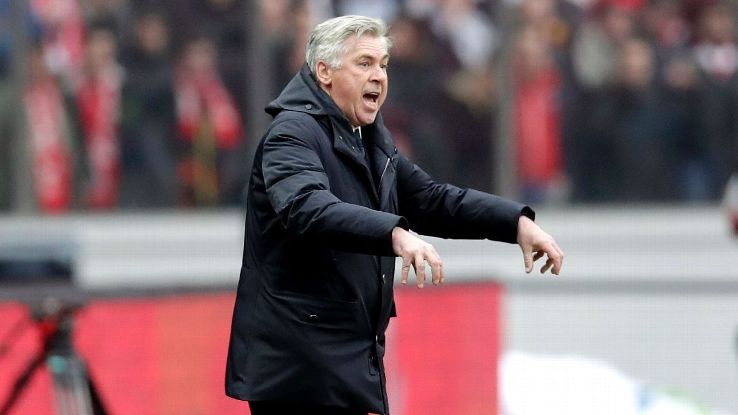 Even though Real Madrid is one of the favorites of winning the European competition as the Spanish club has a squad which is filled with highly-rated and ambitious players that are eager to defend their Champions League title as they are the current champions and have the incredible difficult task of keeping hold of it and winning it for a 2nd successive year.

Despite all of this, manager of Bayern Munich Carlo Ancelotti does not appear to be worried and the Italian coach is instead excited about being able to face-off with the club that he used to coach.

“Real are world champion, Champions League holders with a fantastic team, players and trainer. It’s a special game for me and I’m excited by the prospect of facing Real Madrid. In modern football, every team knows everything about each other. This isn’t a topic for me. I know everything youneed to know about every team in Europe, not only Real Madrid. There’s no advantage’’

‘’There are no secrets in football but we want to win the Champions League and have faith in ourselves. Quarterfinals are always difficult, it’s going to be a tough game but we have a chance to win.It’s also exciting for me to return to Madrid, but it’s only a game and we want to be the best team against Real’’ Bayern Munich’s Carlo Ancelotti said as he voiced his excitement in having to play with Real Madrid.

The rest of the Champions League quarter-finals fixtures will see Borussia Dortmund facing off with As Monaco while Juventus hosts Barcelona at the Juventus Stadium both of which are scheduled to take place on April 11 of the ongoing year.

For the 2nd leg of these quarter-final stages, Athletic Madrid will be locking horns with Leicester City and the highly anticipated duel of titans of Bayern Munich with Real Madrid is expected to be played on April 12.